Hover over the bottom of each photograph

A long time ago, there lived a lady called Mary who was engaged to a carpenter called Joseph. They lived in a place called Nazareth.

One day Mary was visited by the Angel Gabriel who told her that God had chosen her to have a very special baby. He would be the son of God and his name would be Jesus.

When it was nearly time for the baby to be born, the Emperor Augustus ordered everyone to return to the town where they were born. He wanted to make a list of all the people who lived in his kingdom. Joseph had been born in Bethlehem, which was a long way from Nazareth. Mary had to ride on a donkey but when they got there, all of the Inns were full. At last, a kind Innkeeper let them stay in his stable and there, baby Jesus was born. 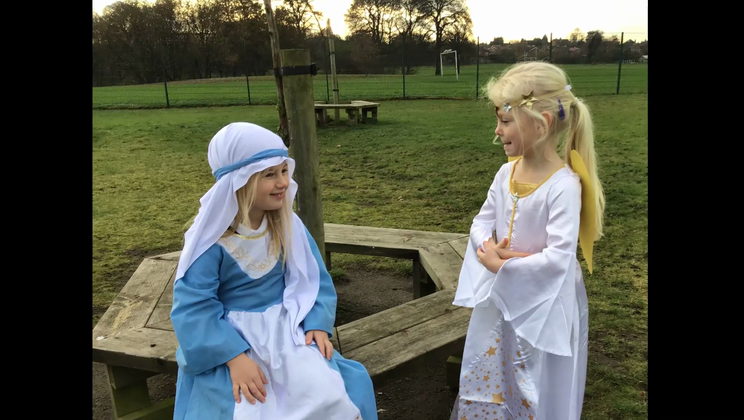 The angels visited baby Jesus in the stable and the sky was filled with beautiful singing. 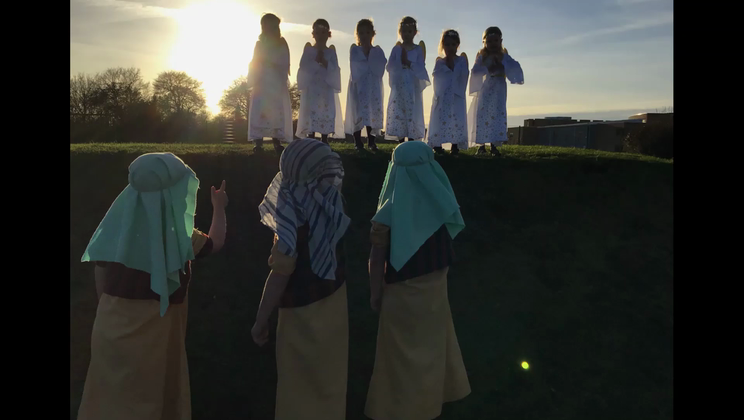 Nearby, shepherds were watching their sheep on the hills. The angels visited them and told the shepherds that the son of God had been born in Bethlehem. The shepherds were very excited and rushed to see the baby. 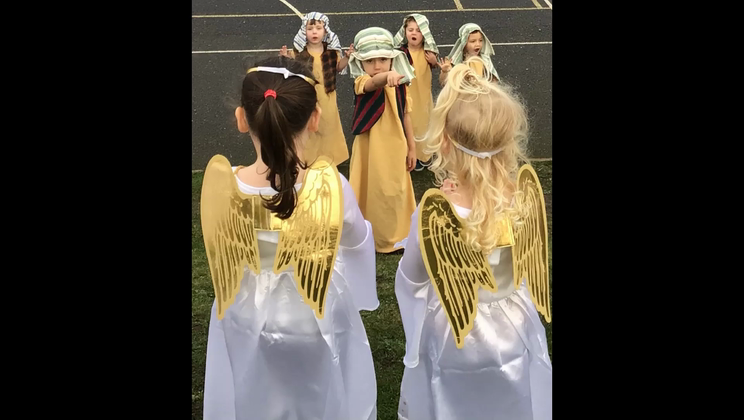 In a distant land, 3 wise men had seen a new star appear in the sky. They knew it meant that a great King had been born and they travelled many miles on their camels to visit baby Jesus. The star shone brightly to guide them. 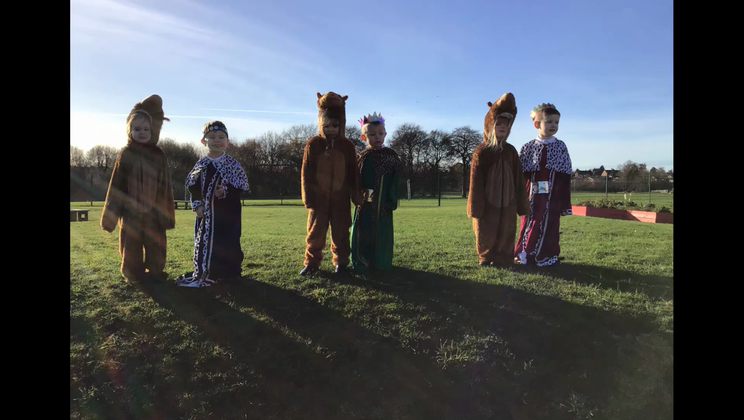 Oh what a special night it was! The Angels, Shepherds, Wise men, Star, Camels, Donkey, Mary and Joseph all celebrated the birth of baby Jesus.

Oh what a special night.mp4 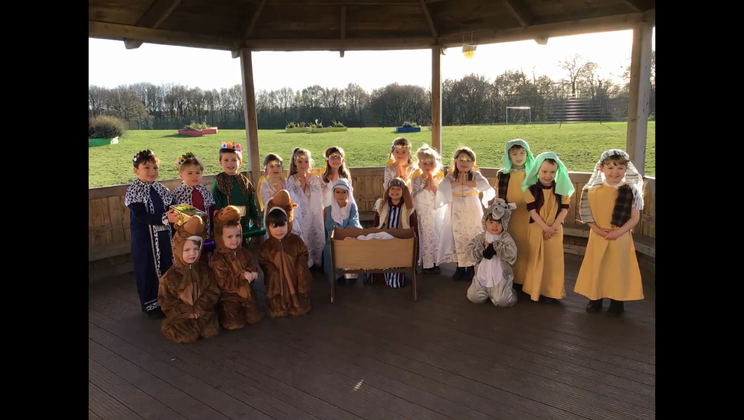 We hope you have enjoyed our alternative nativity this year. We had lots of fun making it!

If you would like a photo cd with group and individual nativity photos please see ParentPay. The cost is £2 per disc and the closing date for orders is Friday 11th December 2020. All proceeds to the Foundation Stage.
Top
Cookie information
Cookie Notice